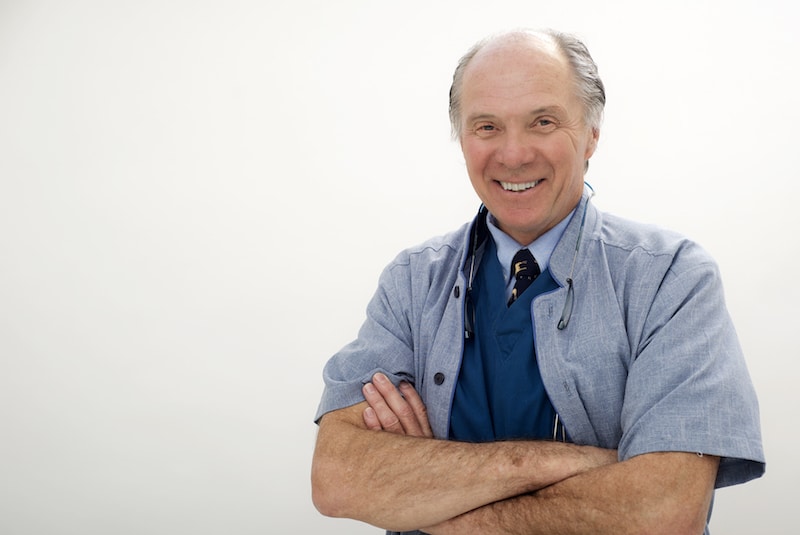 Richard is the practice principal and completed a Bachelor of Agricultural Science before graduating in 1976 with a Bachelor of Veterinary Science from Sydney University. He attended the University of Guelph in Canada where he gained a Diploma in Small Animal Surgery in 1978. His work interests include orthopaedic and spinal surgery, neurology, radiology and ophthalmology. Outside of work Richard enjoys golf, the beach, performing in shows to raise money for charity, and spending time with his family (wife, 3 daughters and 9 grand children). 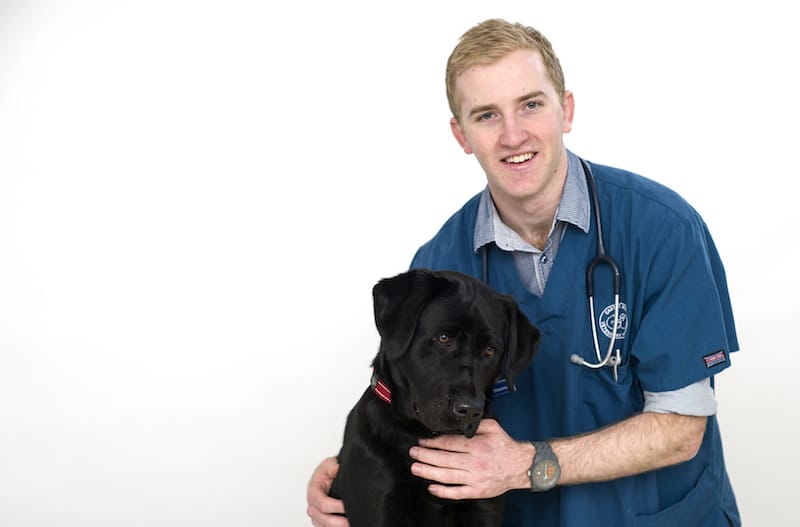 Max is the newest member of the veterinary team. He graduated from Sydney University in 2014 and grew up in the local area. He has a strong interest in small animal surgery and medicine. Prior to working as a vet, Max has worked in the hospitality industry and also spent time greenskeeping on a golf course. A lover of all animals, Max lives with his pet dog and cat. During the summer months his spare time is spent playing cricket, and during the winter months he is usually found skiing on his days off. 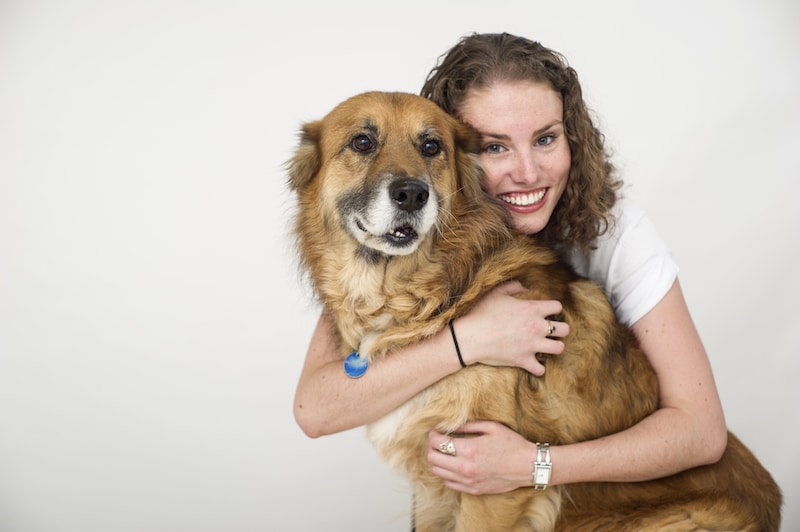 Katie has worked at Castle Hill Vet since early 2012. She worked as a kennel hand and receptionist throughout her veterinary science degree and is now the newest member of our Veterinary team. Outside of work, she enjoys waterskiing, travel, and spending time with her family, including Koby & Rhett, her dogs and Tom & Oscar, her cats. 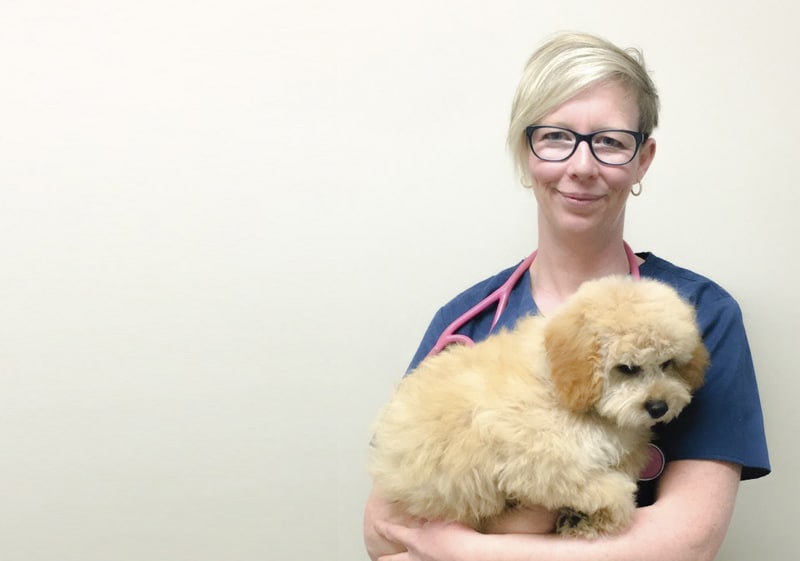 Amelia graduated from Massey University with a Bachelor of Veterinary Science in 2004. She spent three years in mixed practice in New Zealand before moving to the United Kingdom. She spent five years working as a small animal veterinarian in the UK before moving with her now husband and three legged cat, Peggy, to Sydney. Amelia started with Castle Hill Veterinary Hospital in August 2011, during that time she has got married and had three beautiful, energetic children, who keep her very busy outside of work. Amelia enjoys all aspects of her work as a veterinarian, especially the challenge presented by complex medical cases. 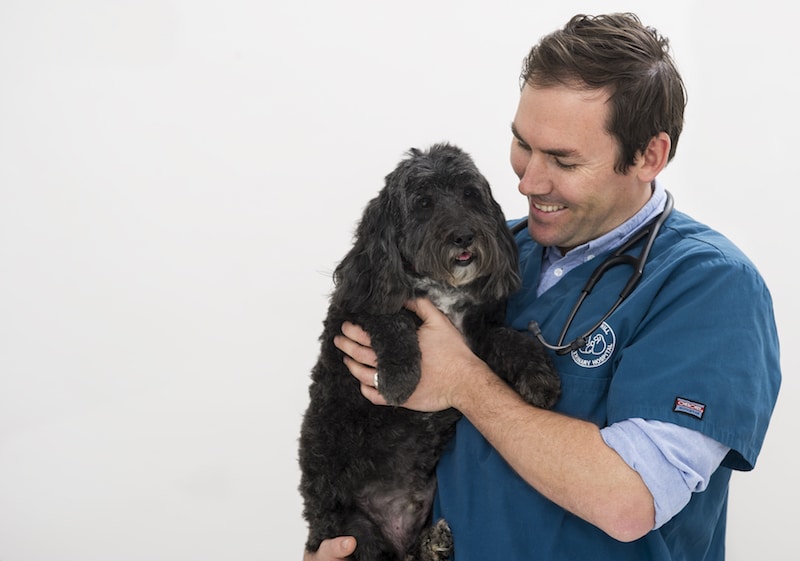 Shaun graduated from The University of Sydney in 2005 with Honours. Before joining the team at Castle Hill Veterinary Hospital in 2007, he worked in rural mixed practice in the New England region of NSW. Shaun has also spent time working throughout the United Kingdom, with most of his time there spent in a busy emergency hospital in North London. Shaun’s veterinary interests include emergency medicine, diagnostic imaging, ophthalmology, and both orthopaedic and soft tissue surgery.  Although he doesn’t see many large animals these days in Castle Hill, he still enjoys working on his own cattle, sheep, horses and chickens at his family farm in Oberon. Outside of work he enjoys running, rugby, travelling, and spending time with his young family, their labrador Fudge and cat Josie. 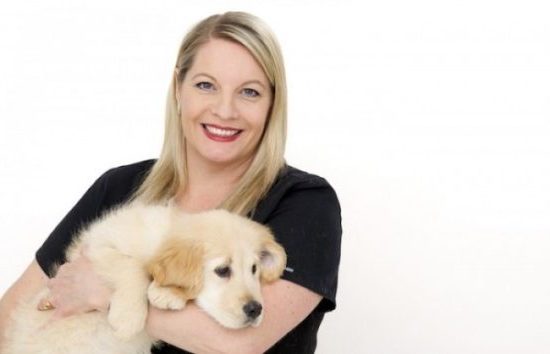 Jimeil is our senior registered Veterinary Technician and has been at Castle Hill Veterinary Hospital since 2004. She is a well loved and respected part of the Castle Hill team. She is highly trained and proficient in all aspects of Anaesthetics and Radiology which is her passion. Jimeil has a crazy Burmese cats Tarzan and a beautiful Staffy pup Daisy. 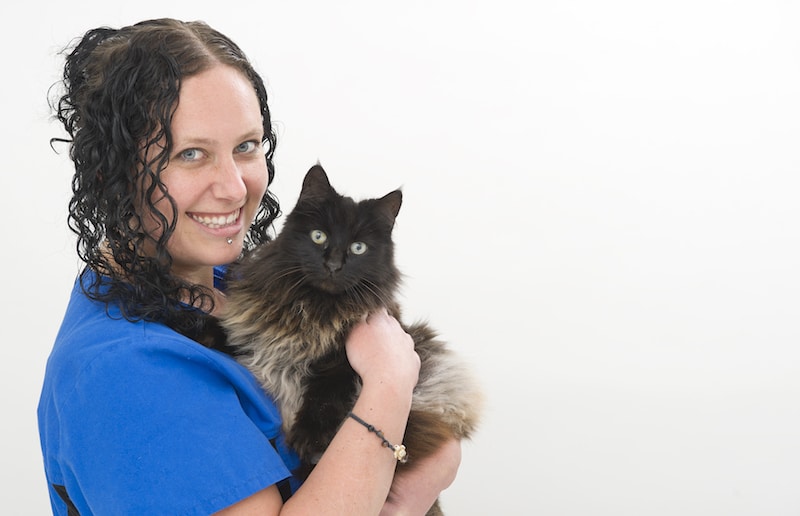 Sally started in the kennels 1999 and completed her nursing studies in 2004.
In 2012 she went over to the UK to work and travel. While over there Sally worked in 13 different practices which she very much enjoyed and where she discovered her love of hamsters. Sally has a special interest in surgery and dog behaviour and quite often hand raises baby kittens and ‘kids’ (baby goats, of which she’s had 3). Sally has a tiny mixed breed dog at home called Lochie who was brought into the hospital for severe aggressive issues and is now a completely functioning and loving member of her family. 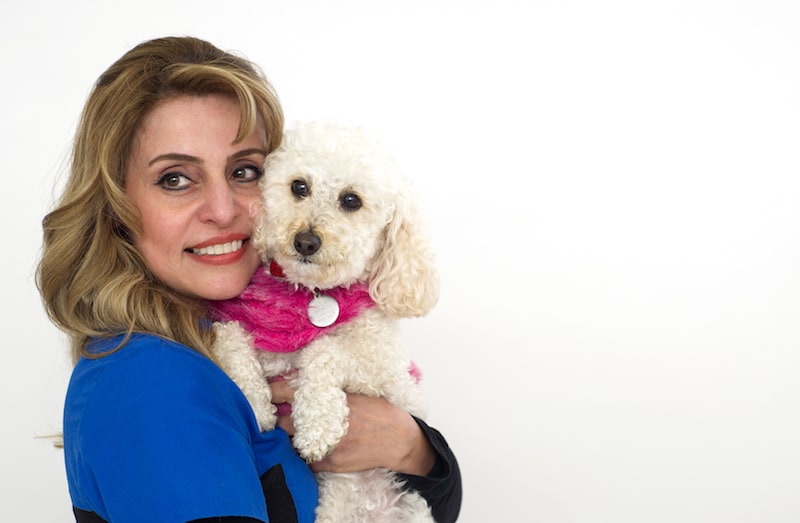 Sara studied Veterinary Science at Shiraz University in Iran. In 2012, Sara and her family moved to Australia permanently and while she was preparing for her NVE exam, she also applied for the vet nurse position at Castle Hill Veterinary Hospital. She finds working in such a friendly environment an incredible blessing which helped her to settle down in a new country much more easily. Sara is married and blessed with two beautiful kids. When leaving Iran to move to Australia, Sara had to rehome her fur baby which was heart breaking. However, she was lucky enough to adopt the most beautiful poodle Lola, which was one of Castle Hill Veterinary Hospital’s leukaemic patients at the time. Since then Lola (featured in photo) has become part of the family. A new addition to her family is Leo the handsome Dachshund cross which she rescued in 2016. 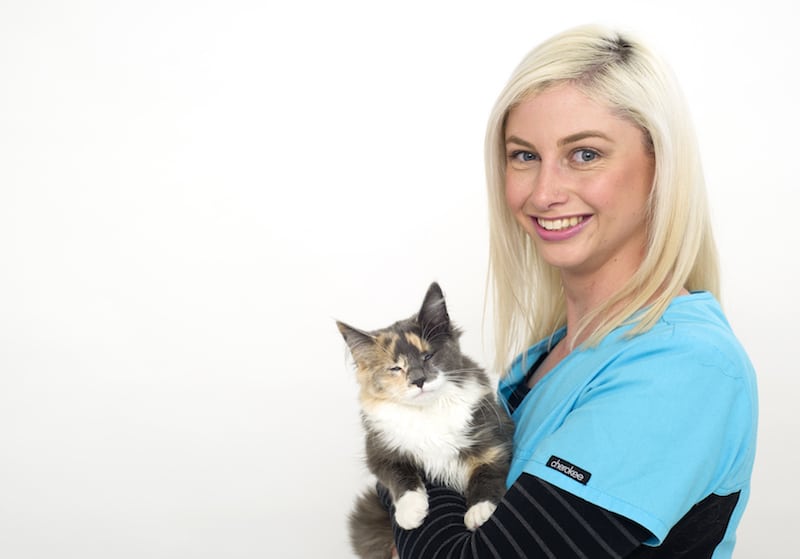 Natasha started working at Castle Hill Veterinary Hospital in April 2008 as an Animal Attendant after work experience for Certificate II in Animal Studies. She then went on to complete Certificate IV in Veterinary Nursing and has been a nurse at the hospital since 2012. She still enjoys working as an animal attendant on weekends. During her spare time she enjoys baking morning tea treats for the other staff members and spending time with her husband at the beach and bushwalking. 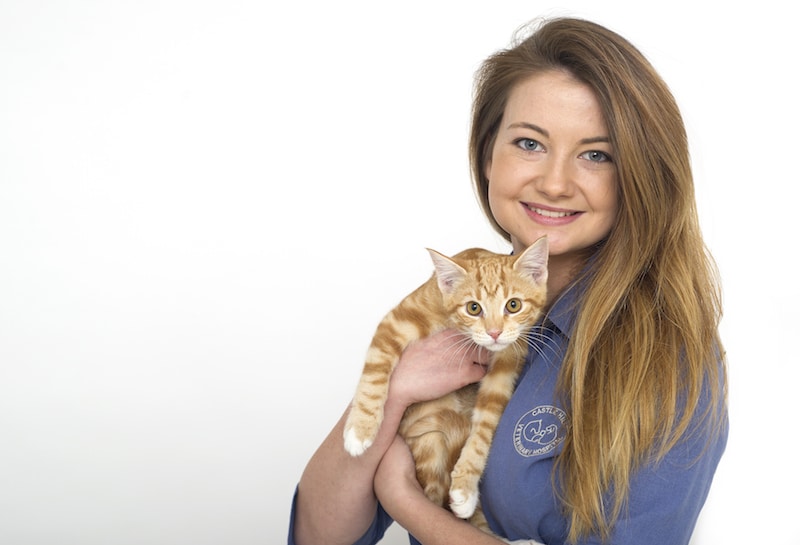 Natalie started at the hospital in 2015 and is currently working as a Nurse and receptionist. She has two puppies, one rabbit and a turtle at home. In her spare time she’s an avid traveller, so she’ll either be away or planning her next trip. She’s been to Canada, Mexico, USA, The UK, all across Europe, Africa, Thailand and has several trips coming up. 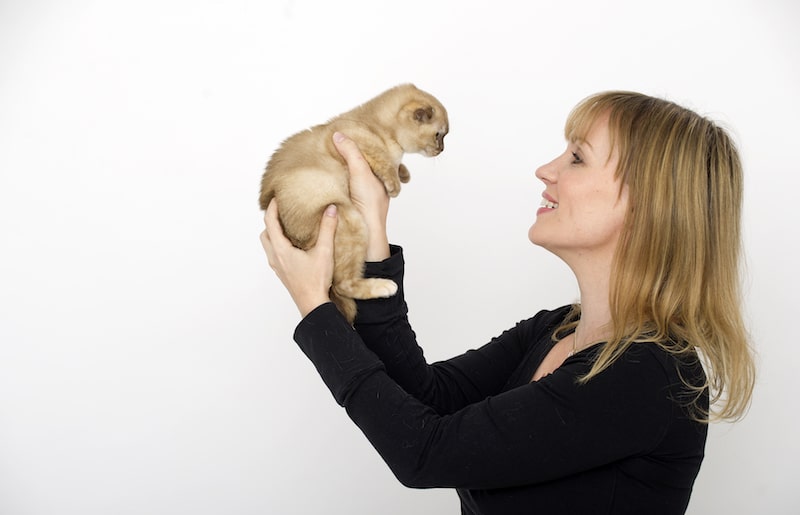 Natalie is one of the senior staff members having started in 1996. She has worked in all areas of the hospital and is currently working as a veterinary nurse and receptionist. She is interested in animal welfare and started up our kitten adoption program many years ago. Animal nutrition is also very important to her. Outside of Castle Hill Veterinary Hospital Natalie runs a pool business together with her husband and loves decorating cakes. She has 2 beautiful children, a rescue greyhound and 2 cats. 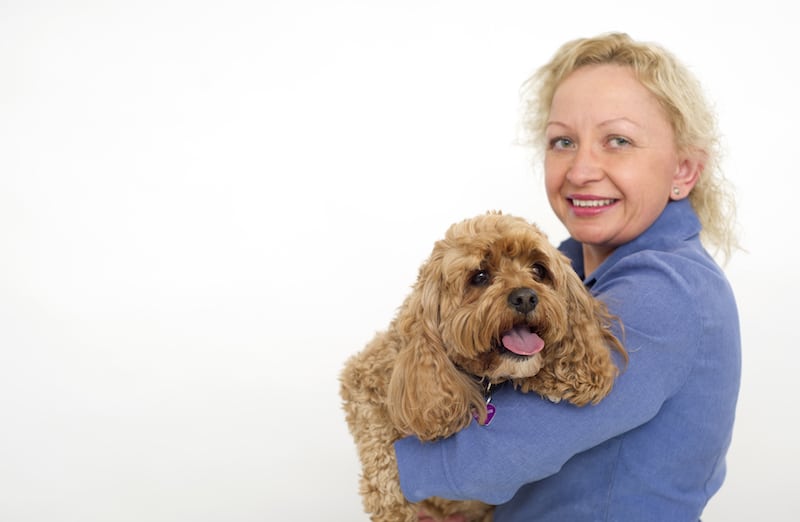 Nina has been in the Veterinary Industry for over 20 years and has completed her Vet Nursing Certificate. Previously she worked at Parramatta Vet, before joining Castle Hill Veterinary Hospital in 2008. As a receptionist she believes in giving a high level of customer service. When not working Nina enjoys catching up with friends over a movie or coffee and looking after her own pets. 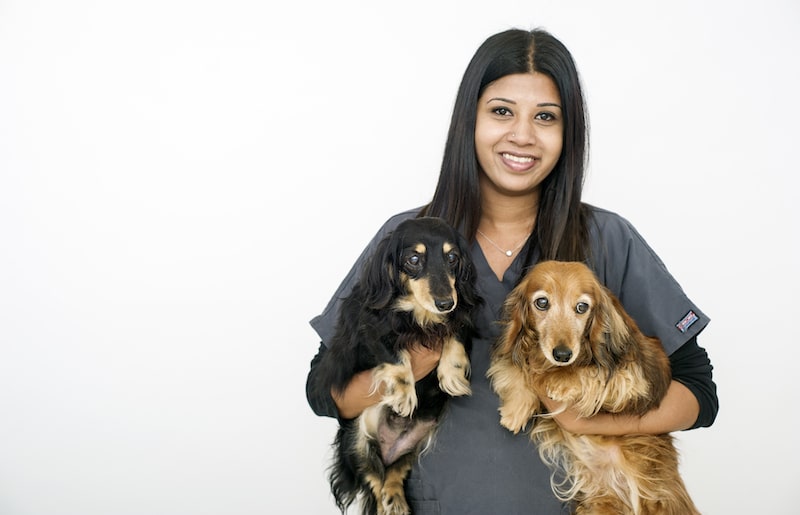 Shalini started at Castle Hill Veterinary Hospital in 2011 shortly after graduating with a Bachelor’s degree in Animal Science. She was initially employed in the kennels caring for all the beautiful fur babies, but soon found herself working on reception which she equally loves. In her spare time she loves browsing through the aisles of antique stores, and spending time with her family. She is the proud owner of three beautiful dogs, a cat, a turtle and numerous feathered friends. 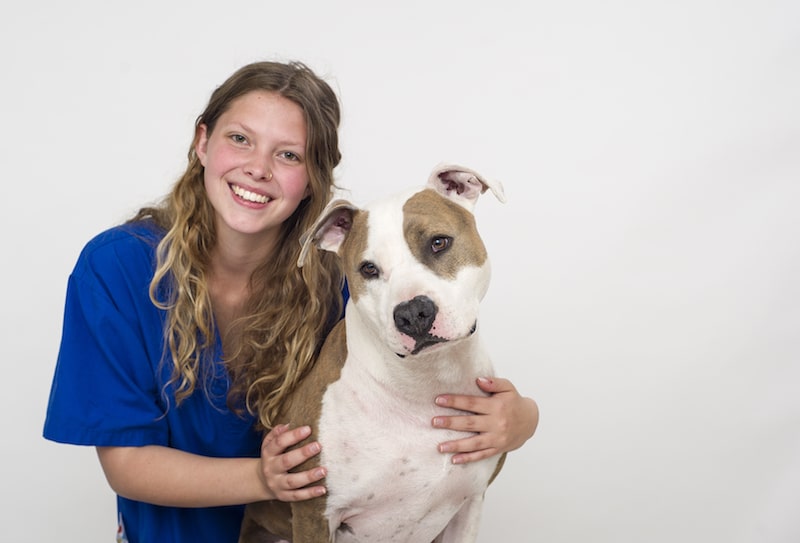 Caitlin is currently studying a Bachelor of Fine Arts (Photography) / Science (Biology) degree at UNSW. With this degree she plans on moving into Veterinary Science at USYD. She’s always had a love of animals and nature since she was little. Caitlin owns two dogs, a cat, a snake and two axolotls as well as an ever growing wish to study sharks. On top of that she has a lovely flourishing garden. She is quite the bookworm and loves diving into a well written piece of literature. 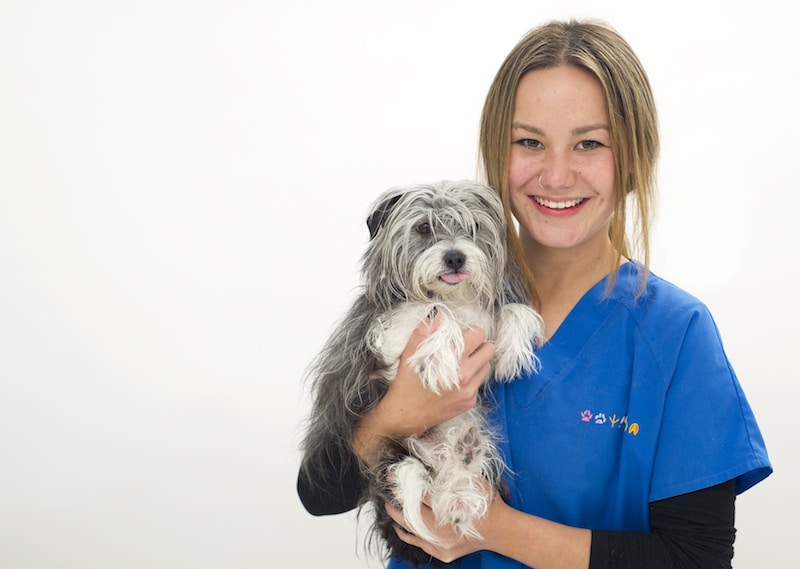 Caitlin Started working at Castle Hill Veterinary Hospital in April 2014 in the kennels. She is currently studying Animal & Veterinary Bioscience at the University of Sydney with hopes to train in Animal Physiotherapy in the future. 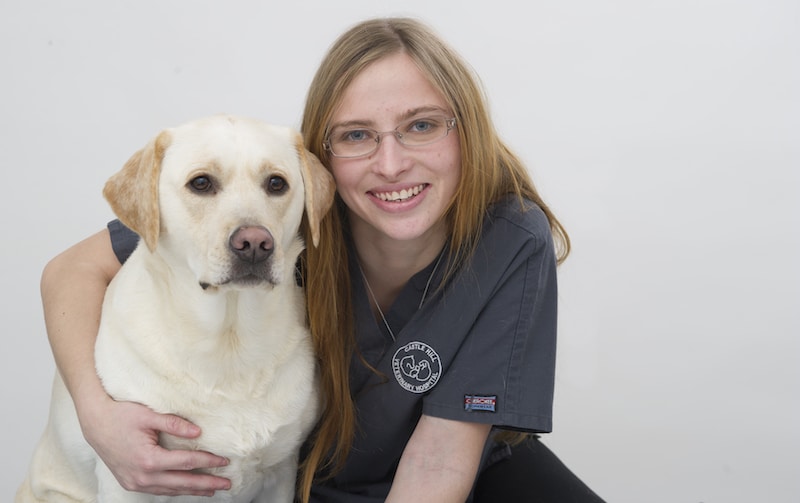 Katherine has worked in the kennels at Castle Hill Veterinary Hospital for 3 years as an animal attendant.
She hopes to one day attain a vet nurse qualification and specialize in the rehabilitation of animals after major surgery. At home she has a Labrador, Pomeranian Cross and two cats. Her hobbies include cross stitching, reading and spending time with her husband and pets. 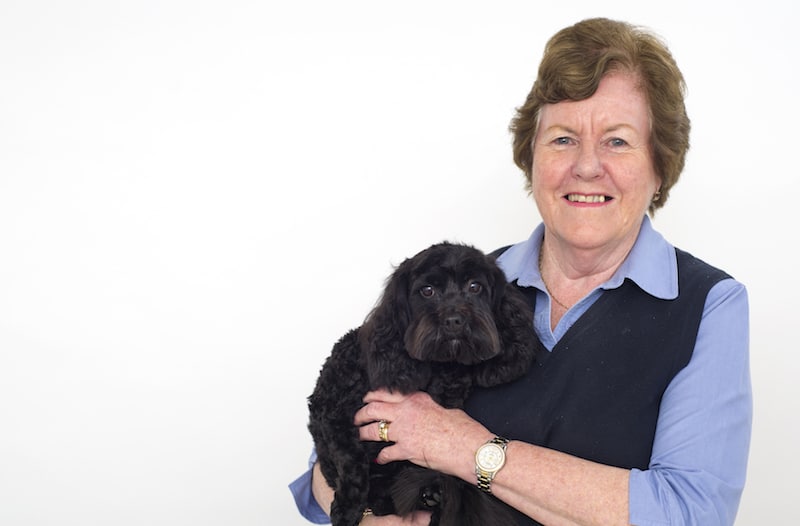 Christine Larnach has worked at Castle Hill Veterinary Hospital since May 1983, initially mainly in reception. She now does all administrative work.

She enjoys spending as much time as possible with her family, which consist of husband, four children, six grandchildren and Japanese Spitz/Cavalier dog “Rosie”.

Join Castle Hill Vets to keep updates with the latest News, and Events